In 2019, the Heard Museum hosted the exhibition Josef Albers in New Mexico, and while preparing they found a black-and-white photo collage that featured several Navajo textiles. The similarities between the textiles and Albers’ iconic paintings served as the basis for a new exhibition titled Color Riot! How Color Changed Navajo Textiles, which is now on view at the Montclair Art Museum. 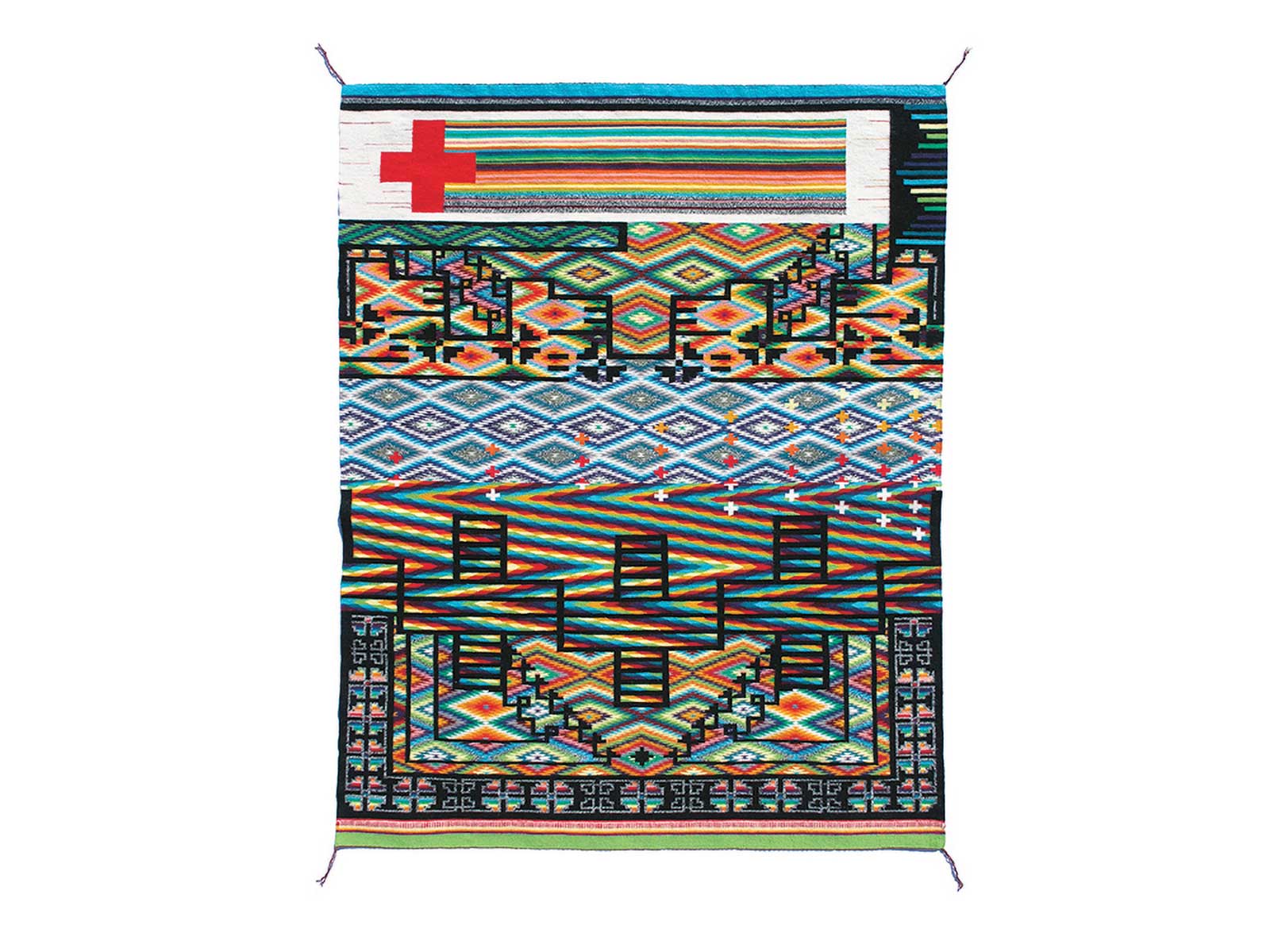 While walking with her dogs in her neighborhood one night, Craig passed a home that had a foreclosure sign in the front yard with a large QR code on it. The sight inspired her to create a flag-designed textile. “I snapped a photo with my cell phone and began planning and designing pretty much immediately,” she says. The end creation, Bar Code/QR Code, mimics the format of the American flag with a square QR code and a standard bar code taking the place of the traditional stars and stripes.

Aragon created Prism of Emotions after several years of experimenting with dyes. He’d begun to combine the natural plant and insect dyes into single pieces of yarn, but he wanted even more color. “I began to mix synthetically dyed yarns into my pieces alongside with the natural,” he explains. “The different shade of colors I obtained worked well together and so, I began a quest to weave the most colorful textiles I could.”

Eventually, he developed an aesthetic he calls an “expanded rainbow,” using 150 shades of yarn or more within single textiles. He adds, “My hope in weaving such bold and bright pieces is to disrupt regionalism and normative ideas about Navajo weaving. I’m attempting to capture the colors of the world in my weavings.” 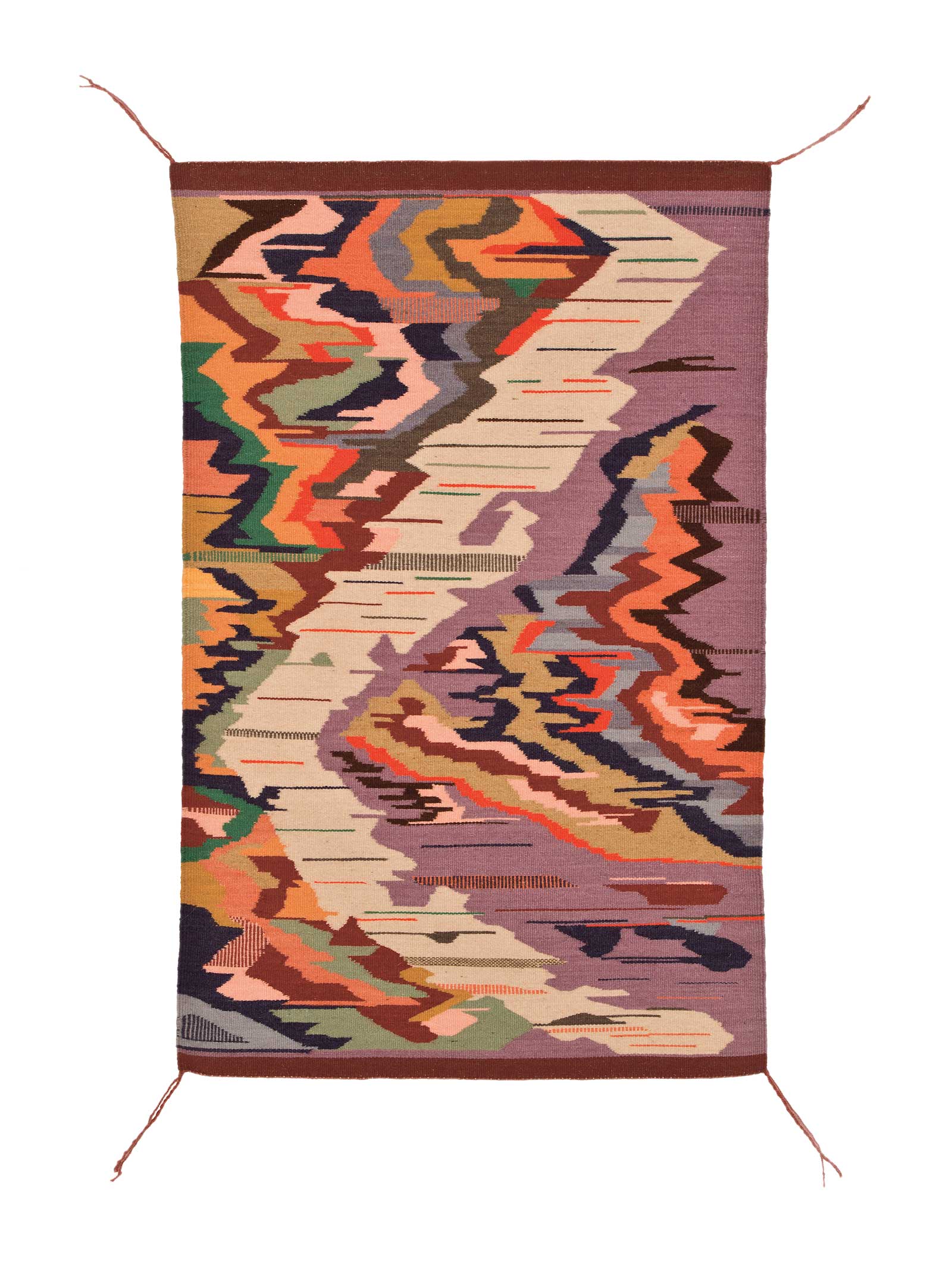 Prominently featured in the exhibition is Cody’s 2010 work The Dopamine Regression, which reflects the emotions she worked through when her father was diagnosed with Parkinson’s disease. The weaving features multiple patterns and color schemes that bleed into one another, with a black-line motif that becomes more prominent toward the bottom of the piece.

“Color Riot! honors the aesthetic and technical complexity of works by historical artists whose names did not remain with their creations, and shows how today’s weavers uphold and advance that vision,” says Laura J. Allen, Montclair Art Museum’s curator of Native American art. The exhibition remains on view through January 2, 2022.